Soma considers herself fortunate and blessed to have the guidance of Shri Dilip Baran Sarkar through whom she developed the ability to carry on with the direct lineage of Ustaad Sharafat Hussain Khan Sahib's teachings in Agra Gharana as well as Pt. Gyan Prakash Ghosh's teachings.

Shri Dilip Baran Sarkar founded his music school, "Suralahari," and dedicated his entire life to practicing and teaching Indian Classical music to hundreds of students.  Today, his teachings continue to impact many more through his daughter, Shri Minu Chatterjee, in the town of Serampore, West Bengal, India. Soma is committed to maintaining the purity and authenticity of Indian classical music through her performances and teachings which she learned from her Guruji Shri Dilip Baran Sarkar.

Lyle Davidson - While working on her masters degree in music education at the New England Conservatory of Music, Boston, Soma's research advisor, Professor Lyle Davidson, trained her on theories and philosophies of education and developmental psychology. He showed her the path to finding common ground between western and Indian music which lead her to learning about building age appropriate music curriculum for both children and adults. 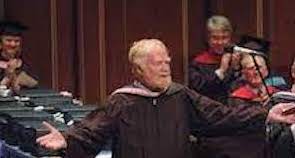